Despite of its all data breach controversy, Facebook keeps adding new features to its messaging platform ‘Facebook Messenger’. That keeps its users busy and not letting them to search any other  alternative of it.

Two months ago Facebook redesigned its Messenger to a simplify app. Now it takes a step ahead and has added two new camera modes along with an AR stickers support to it. 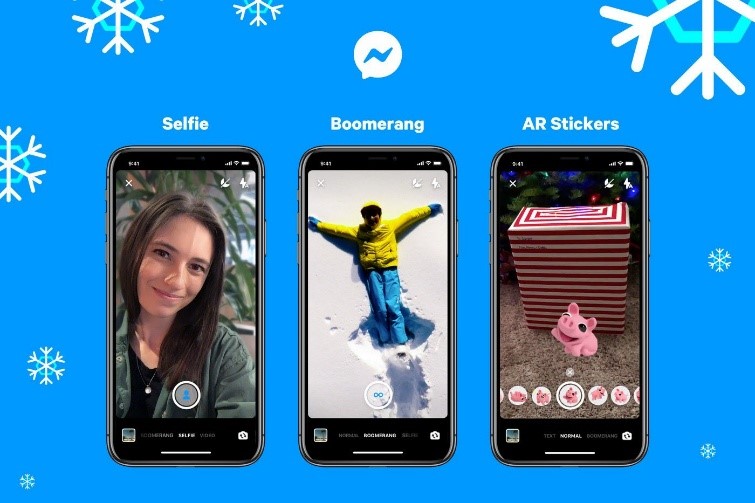 The camera mode includes Boomerang and a selfie effect.

Boomerang mode is a looping effect that allows you to take 2-second videos and then play it forward-backward manner, just like a Boomerang.

The selfie mode automatically blurs the background of any picture and gives you a DSLR like an effect.

And the final update augmented reality feature (AR Stickers), that lets you add Messenger’s stickers in your photos and videos.

Whenever you press the camera icon next to the sticker, you will able to add augmented reality stickers. 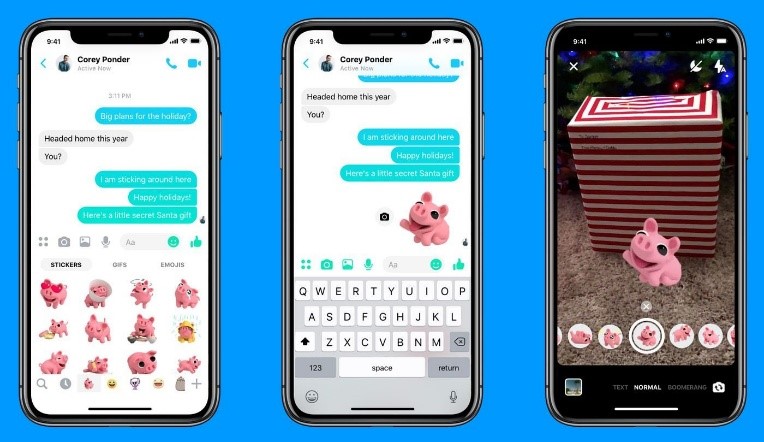 Facebook unveiled all these updates via an announcement on Monday (17, December).

It clearly shows that with the addition of these fancy features Facebook aggressively trying to make Its messaging platform better than before.